Antioxidants are often called “the bodyguards of health.” 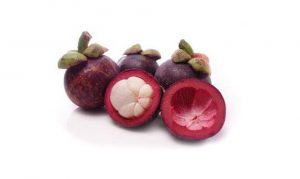 They earned this distinction because they protect our cells from destruction by free radicals.

Oxidation is what happens to metal when it rusts. The metal reacts with the oxygen in the air, which causes the metal to decompose and deteriorate.

When you slice an apple, it turns brown. It reacts with the oxygen in the air, causing it to oxidize and decompose.

The same type of thing happens in our cells when they become oxidized due to free radicals. This oxidation can cause damage to the structure of the DNA, increasing risk of cancers.

We get antioxidants in our diet primarily from fruits and vegetables. There are thousands of different antioxidants that have been identified.

Interestingly, it is the specific antioxidants in fruits and vegetables that give them their characteristic colours.

For example, the antioxidant beta-carotene gives carrots, cantaloupes and pumpkin their orange colon. Lycopene provides the red we see in cherries, watermelon, and tomatoes. Anthocyanins are blue-purple and are found in eggplant, blueberries, and plums.

Mangosteen fruit contains very strong antioxidants. The skin of this purple-coloured fruit is full of Xanthones and polyphenols like Oligomeric Proanthocyanins being all-natural they can protect the body from free radicals thus boosting the immune system.

The skin of the Mangosteen is like leather to eat but powders are created by sun-dried, spray dried solar-dried or freeze-dried Skin (Pericarp).

The new kid on the block is spray-dried whole fruit powder  mangosteen which creates a stronger concentration of antioxidants. This powder is water-soluble, so it is quickly absorbed by the body whilst all previously processed mangosteen like freeze-dried pericarp powder  tend to lie in the gut and most of the residue is excreted from the body.

At the same time, the process is very expensive being at least five times the cost of producing against all other mangosteen powders.

All antioxidants are generally protective. However, each one in the mangosteen has a specific function and targets specific parts of the anatomy.

The bottom-line best advice is to get your antioxidant from their original source – that is, real food like mangosteen powders. Taken orally they should be an integral part of your daily diet because protection is far better than trying to cure any ailments.

The antioxidants in food work synergistically with other compounds in food to provide the best protection.

We recommend the ORAC (antioxidant) score from any mangosteen supplement before you buy. The higher the ORAC the more beneficial the product is. Also, make sure any product is Heavy Metal and pesticide-free.

With a certified ORAC value of 3365gm  Vitalxan is an Australian owned and manufactured product leading the market and without a doubt the leader in its field.
Be assured that Vitalxan Mangosteen can certify its Antioxidant strength!